“I hope that people who don’t know Ralston Crawford will find this a great introduction to his art and to him as a person,” says Emily Schuchardt Navratil, who organized the exhibition on behalf of the Vilcek Foundation in New York. “He was famous before World War II, he worked during the war, then worked 30 years later. His work therefore spans the century.

Crawford was known as a precisionist at a time when art was very demanding, cutting edge, well defined. His art reflects advances in industry, engineering and technology.

To exploreBaby Animal Alert: Photos of All New Rhino from The Wilds Released

Smith likes the idea of ​​looking at a short period of an artist’s career – in this case, not quite two decades. During this period, he says, we can explore how Crawford developed as an artist and began to create abstract works.

Among the determining aspects of his career, you will see displayed:

The most interesting aspect of the exhibition, Navratil believes, is that it allows us to trace the artist’s process and see how photos and / or sketches have been transformed into abstract works of art. “It’s like a fact-finding mission to reverse the process and connect the dots of the abstract paintings to the original object he was seeing – whether it was fluorescent lighting in an airplane factory or ‘a bomb exploding, ”she adds.

Curators say there is something for everyone at this exhibit – engineers, military, history buffs. Art lovers will appreciate what Navratil calls “Crawford’s beautiful artistic hand and gloriously colorful paintings”. If you’re an avid aviation enthusiast, notes Smith, you can see how the experience of flying affects the artist’s end products. “You see it in his drawings, his photographs and his finished paintings,” he says.

Much of the Crawford art you’ll see comes from the Vilcek Foundation, an organization dedicated to raising awareness of the contributions of immigrants to the United States and promoting appreciation of the arts and sciences. “The art began as a personal collection of Jan and Marica Vilcek, who escaped Czechoslovakia in 1964 with only two suitcases,” says Navratil. “Some of what is on display in this exhibit was purchased from Crawford’s son John in 2013; the rest we borrowed from John’s personal library. 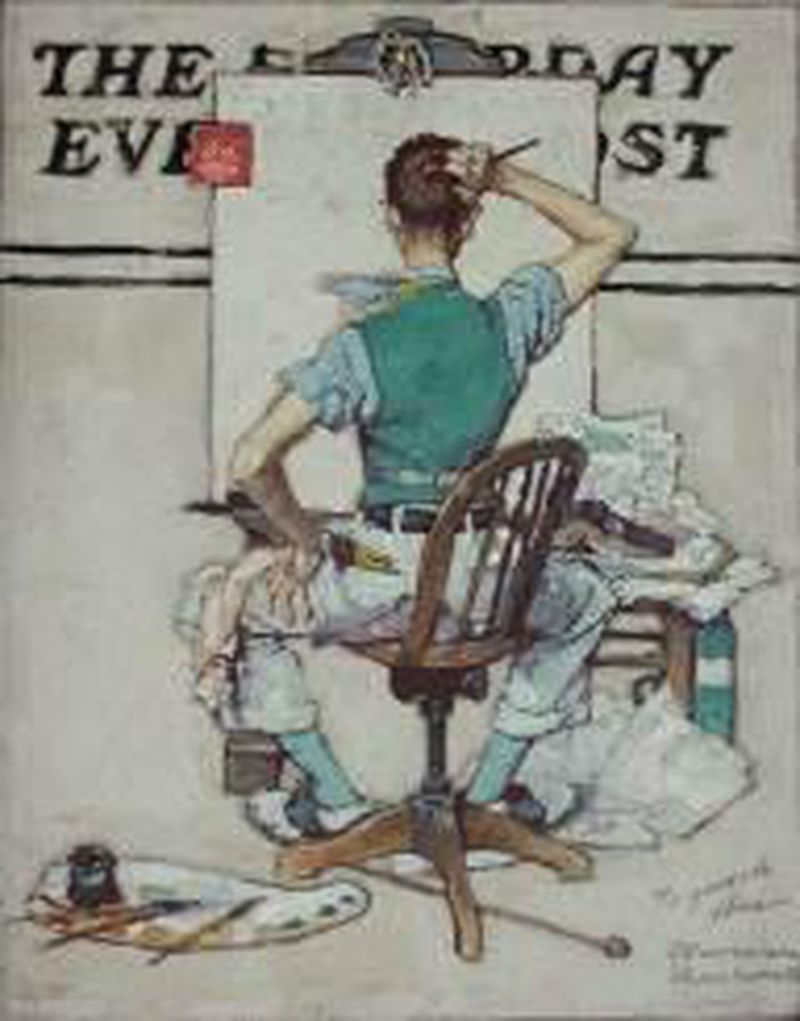 Norman Rockwell Study for the Artist Facing the Blank Canvas (deadline), 1938, oil on panel. On loan to the Dayton Art Institute from a private collection. CONTRIBUTED

Although Norman Rockwell created the art around the same time as Ralston Crawford, their approaches were radically different: realism versus avant-garde abstraction.

Rockwell, America’s premier illustrator for more than six decades, was best known for the colorful story illustrations and covers he created for magazines such as The Saturday Evening Post. He captured both humorous and inspiring scenes from everyday life: carving the Christmas tree, gathering around the Thanksgiving table, changing a flat tire, going fishing.

In the DAI exhibit, it’s fun to see the magazine’s latest layouts after examining the artwork leading up to it.

To exploreLocal Rapid Fired Pizza purchased by a foreign company

It is through close friendship that the DAI is able to exhibit 12 original Rockwell paintings and drawings, three lithographs and other related items. (The exhibit includes a few works by other illustrators that help put Rockwell art into context.)

The famous artist was well known for giving his preliminary studies and sketches; much of it went to one of his best friends, and you’ll see personal inscriptions on much of the work on display. “Rockwell’s reputation was based on reproductions that everyone saw,” says Smith. “But not everyone has seen his original work and it gives people that opportunity.”

Chances are you will recognize some of the studies. “Artist Facing Blank Canvas”, for example, is one of Rockwell’s most famous illustrations. “Home for Christmas (Stockbridge Mainstreet at Christmas), was featured in McCall magazine in 1967 and captures an ideal Christmas street in New England. 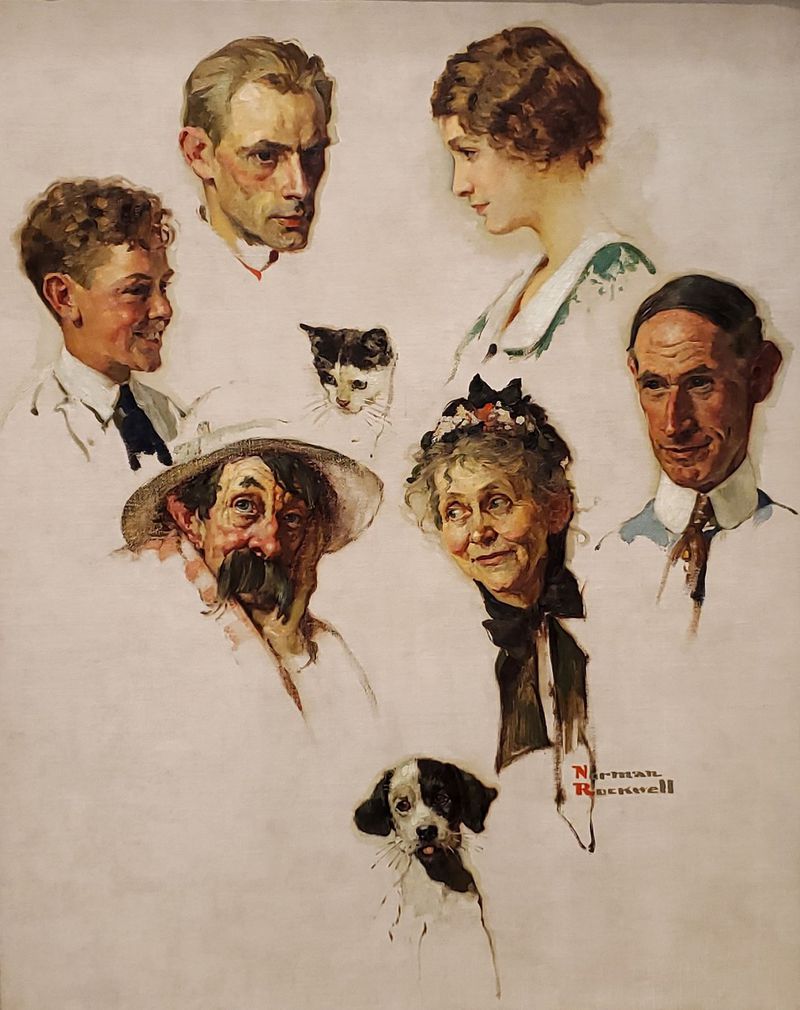 The People We All Love by Norman Rockwell, 1930, oil on canvas. On loan to the Dayton Art Institute from a private collection. CONTRIBUTED

“It’s so relevant right now at a time when we all wear face coverings,” he says. “It makes you realize how important it is to see people’s faces to understand what they are trying to express.” His observation is perfectly reflected in the faces depicted in the 1930 oil painting on display titled “The People We All Love.” Some of her favorite models are featured in the oil painting. “Children, the elderly and those living in small towns are the best characters to use to tell a human story in pictures because in real life they naturally express their emotions,” he says.

With the holidays ahead, now is the perfect time for the wellness stories told through Rockwell’s illustrations.

“The outlook on life that I communicate in my pictures excludes the sordid and the ugly,” Rockwell said. “I paint life as I want it to be.”

HOW TO GET THERE

When: The museum’s opening hours are 11 a.m. to 8 p.m. Thursday, 11 a.m. to 5 p.m. Friday and Saturday, and noon to 5 p.m. on Sunday. The museum is closed on Thanksgiving Day, Christmas Day, and New Year’s Day. The Crawford exhibition will run until January 23. The Rockwell exhibit will be on view until February 13.

More information: Visit www.daytonartinstitute.org/visit for the latest museum updates and information on security protocols. Masks are mandatory inside the building.

Visit www.daytonartinstitute.org to learn more about these programs.

Interactive virtual tours: Join a museum educator on Zoom for an interactive discussion on the main themes featured in “Ralston Crawford: Air + Space + War”. Virtual tours are one hour and free, but prior registration is required. Check the website for exact times and dates.

Up… up… far away! Paper plane project and flight: Follow the DAI’s downloadable instructions for making a paper airplane at home, then share photos on social media using the hashtag #AirSpaceWar. The Fly Off paper plane on museum grounds at 2 p.m. on Sunday, November 7 is free, but advance registration is strongly encouraged.

Conversations with the curators: Live via Zoom at 1:30 p.m. on Saturday, November 20 and Thursday, December 2, with Jerry N. Smith, Chief Curator. Free upon prior registration.

Collection draw: Download and use this drawing lesson based on Curtiss-Wright Aircraft Plant Study – Aircraft Factory (circa 1946) by Ralston Crawford featured in the exhibit. Ideal for ages 12 and up. Available for download on Friday, December 10.