Jerry Weinstein of the Lilac Preservation Project ties up the Lilac after returning to Pier 25 in Tribeca. Photo: Carl Glassman/Tribeca Trib

Shaken by high winds and choppy waters, the historic steamship Lilac returned under tow to its dock at Pier 25 on Wednesday after a winter of repairs at a Staten Island shipyard. It was the first time the ship had strayed from “home” in five years. 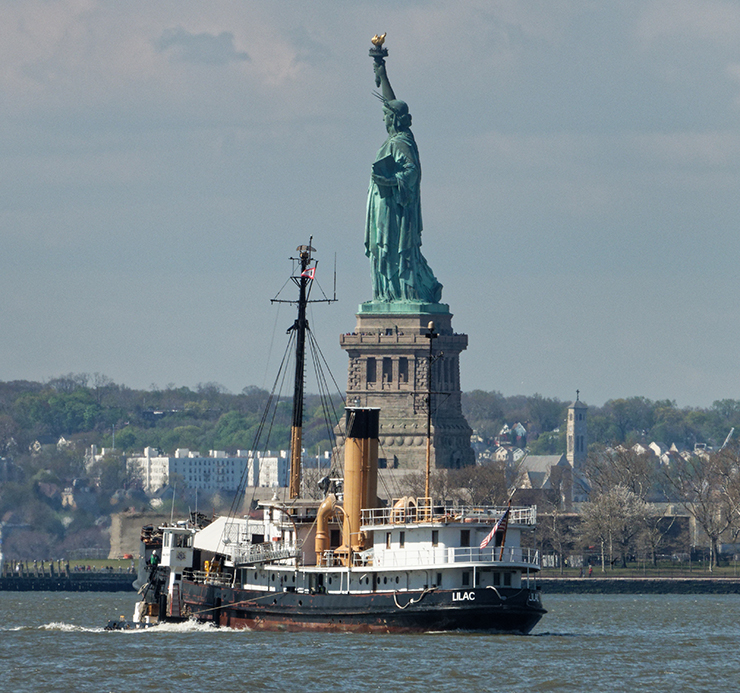 “We did it. We did it!” Mary Habstritt, president of the museum and director of the lilac preservation project, said the following day in a telephone interview. “Tit towing company [Miller’s Launch] did a wonderful job maneuvering the ship in the windy weather.

The trip from Staten Island was preceded by coordination challenges. A contract with the Hudson River Park Trust, which is being renegotiated, had to be finalized before the Lilac could return, Habstritt said. “There was a lot of back and forth over several months on tracks, and signing just in time.” In the meantime, the shipyard, Caddell’s Dry Dock and Repair, “had become very busy and was donating the berth to us. They could have had it occupied by a paying ship so I didn’t want to overstay our welcome. Then there was the extra work of getting the US Coast Guard towing approvals, necessary because the Lilac is not self-powered. 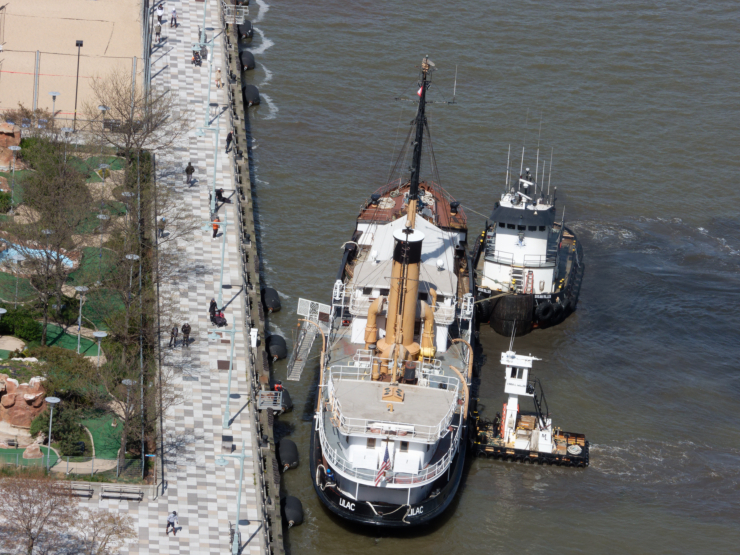 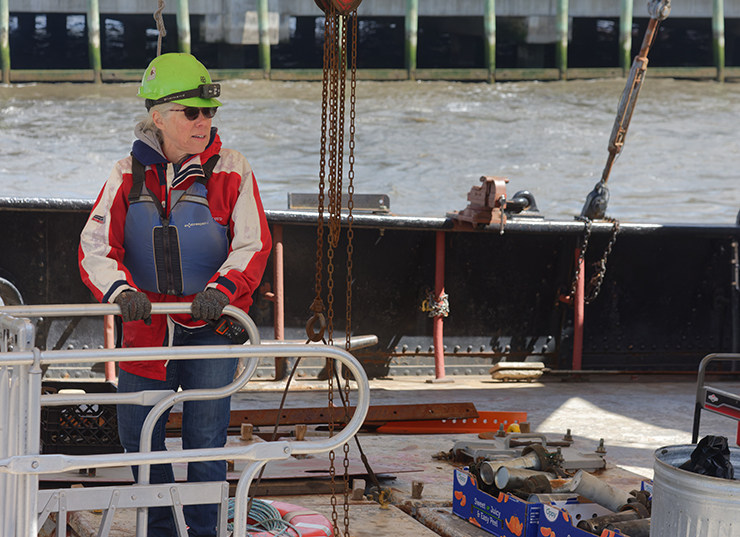 “It wasn’t like I was scared it wouldn’t happen, but there’s a lot of stress in making sure all the pieces fall into place,” Habstritt said.

A dozen volunteers carried out most of the work at the shipyard. One of the “amazing transformations,” Habstritt said, was the installation of a new deck for the room where sailors and non-commissioned officers once ate. It also served as the top of the fuel tank under the floor. Years before the Lilac Preservation Project took ownership of the boat, a leak in the wheelhouse roof had allowed water to leak through a wall in one room and into the crew’s mess, corroding the steel bridge. Volunteers set to work lifting plywood, removing steel and an integrated table and chiseling concrete and rust before a new steel plate, with the help of welders from the shipyard, could be installed. 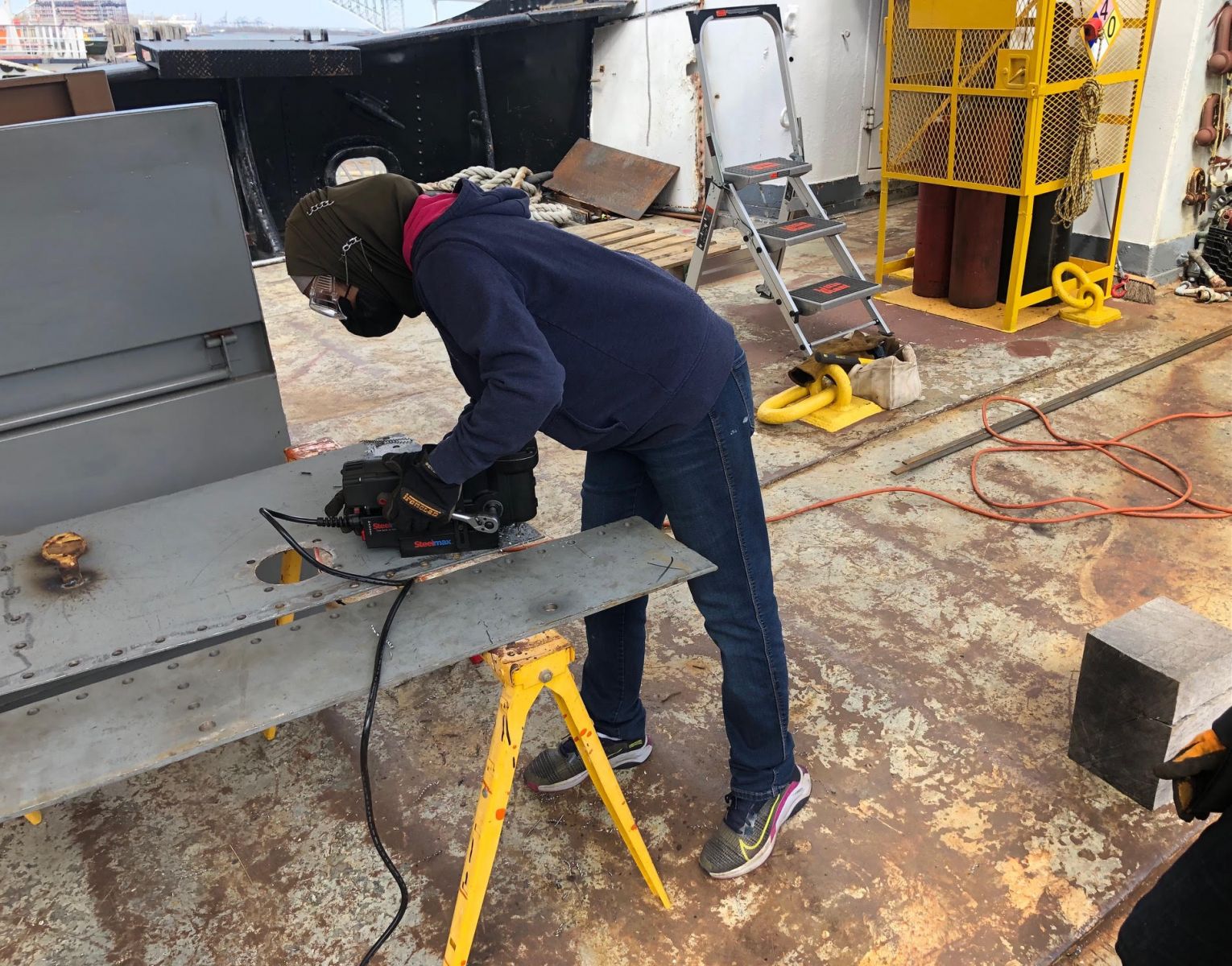 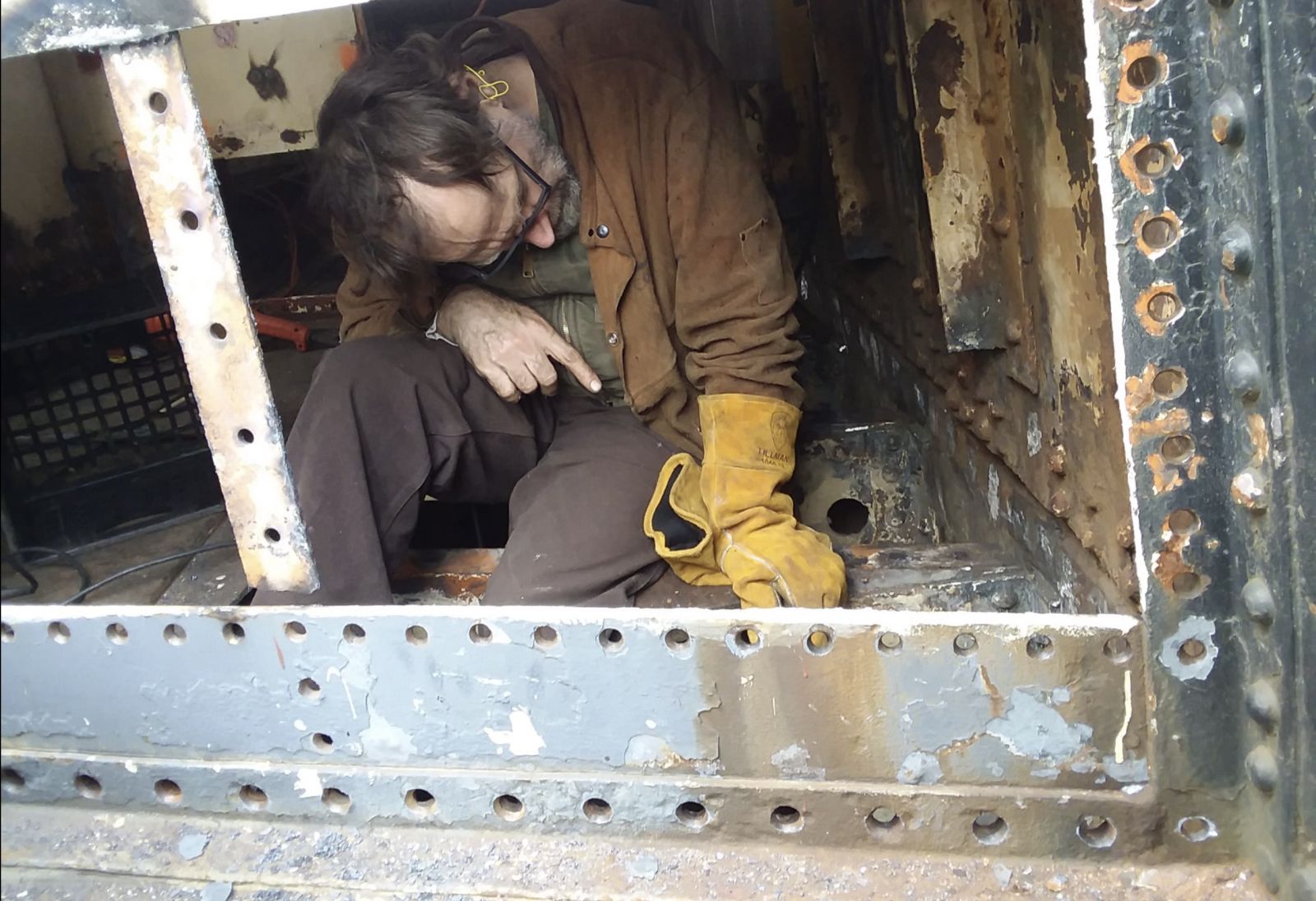 Launched in 1933 and decommissioned nearly 40 years later, the Coast Guard Lighthouse Tender maintained aids to navigation on the Delaware River and Delaware Bay. She was the last Coast Guard vessel to operate with reciprocating steam engines. The boat has been a feature of the Tribeca waterfront since 2011.

Since the pandemic, the Lilac has not been able to regularly accommodate tours and programming. Now it’s possible, and Habstritt’s next task is to plan for the summer. “We haven’t had a normal season for two years,” she said. “I have to remember how to do this.”