Among Us VR is the virtual reality version of the incredibly popular game that people have become addicted to during the Covid-19 lockdown around the world. Developer Innersloth recently shared a new Among Us VR trailer which also reveals the release date during the holiday season later in 2022.

This game has been speculated for a long time and will allow players to stab their friends in the most immersive way. You can have fun wearing the Oculus Quest and killing your friends.

Among Us VR will feature the same gameplay that we are so used to but in virtual reality, and the game is being developed from scratch for the same. Innersloth, Schell Games and Robot Teddy are jointly developing it.

Among Us VR was originally revealed during the annual Game Awards 2021 in December, and now Meta has unveiled a new look at the game during the Meta Quest Gaming Showcase held on Wednesday, April 20, 2022.

🚨 A news @AmongWeVR The trailer was released during the Meta Gaming Showcase. 🚨

The latest Among Us VR trailer confirms the holiday season 2022 release date, and Innersloth has confirmed the same. Previously, there were reports of Among Us VR launching on November 10, 2022according to a Steam database entry.

The latest announcement corroborates the previous leak. We also expect Innersloth to announce a specific release date for Among Us VR soon.

What platforms will Among Us VR support?

Among Us VR is in development for Meta Quest 2, Meta Rift, and Steam VR. It will likely also be available on PC VR and PSVR 2 (PlayStation VR 2). The availability of the title on several platforms confirms that players will be able to play on them.

Several developers are working on the development of Among Us VR for the same. They are building it from the ground up and will sell it as a completely separate game from the title initially available. 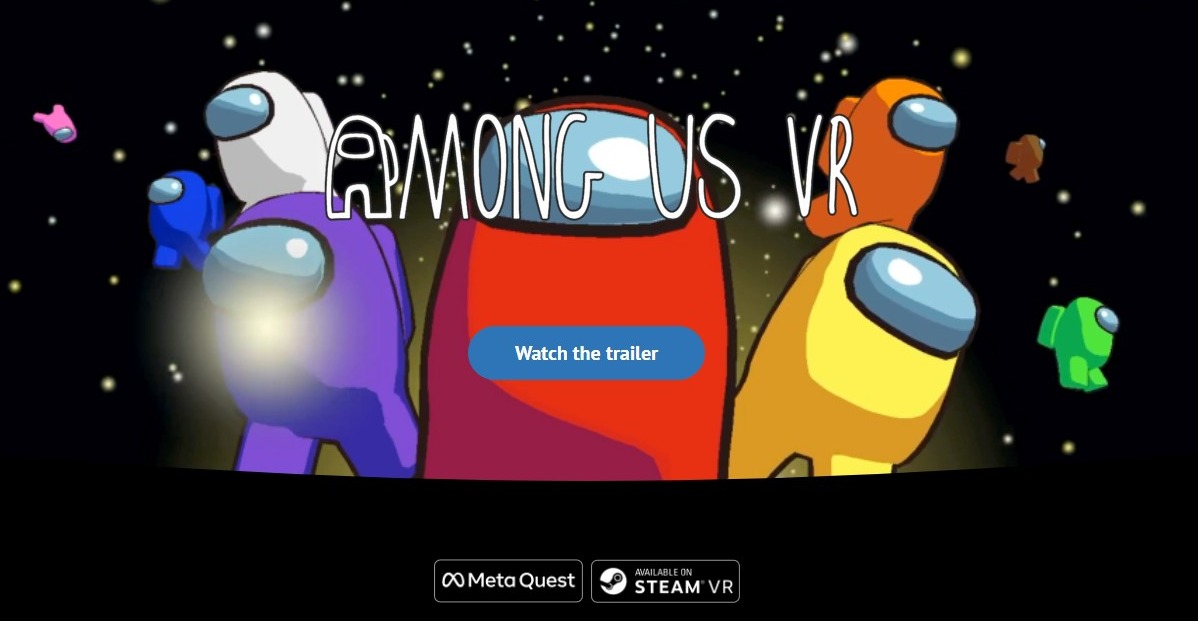 However, there is no official word available on crossplay support for Among Us VR currently. Although this is an essential feature due to the playstyle of the game requiring as many players as possible to make it more fun.

Among Us VR gameplay: what to expect?

The first Among Us VR trailer that was released at The Game Awards 2021 only revealed a glimpse of what the game will be like. However, the latest Meta Showcase trailer showed a brief image of how whose game will be in virtual reality, allowing players to experience it from a first-person perspective.

There will be a minimum of four and a maximum of 10 players per game, just like the original version. Innersloth also confirmed via a blog post that fan-favorite classic map Skeld will be available in the VR version of the game.

The latest trailer also reveals that the upcoming game will realize the ship in 3D while players experience first-person gameplay (the original game features third-person gameplay).

Additionally, in Among Us VR, emergency meetings will take place in person, rather than on the chat screen. Tasks will be familiar to OG Among Us players but with enhanced interactivity. The immersive VR experience will make betrayals more personal and shocking.

Among Us VR Pricing and Pre-Order Details

Among Us VR is currently under development and the price of the game is not yet available. We will update this section as soon as the developer or publisher reveals it. The same goes for Among Us VR pre-orders.

We expect the game to be available for pre-order by the end of the summer. For now, you can expect more gameplay footage from the developer. We will continue to update this post with the same.

Are you excited to enjoy the exciting gameplay of Among Us in an immersive VR experience? Let us know your expectations for the game in the comments section.